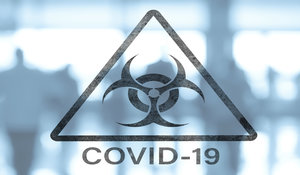 In response to the pandemic, the IRS has waived the residency and presence tests that apply for purposes of the 2019 and 2020 foreign earned income and foreign housing cost exclusions. The waiver generally applies to certain U.S. individuals who were in China as of December 1, 2019 or were otherwise outside the United States as of February 1, 2020. This should be considered as you undertake your year-end planning.

However, an individual will be treated as a qualified individual for a period during which the individual was a bona fide resident of, or was present in, a foreign country if he or she left the country during a period for which the IRS determines that people were forced to leave because of war, civil unrest or similar adverse conditions that precluded the normal conduct of business. An individual must establish that, but for these conditions, he or she could reasonably have been expected to meet the eligibility requirements (referred to below as the “reasonable expectation rule”).

The IRS has previously listed countries for 2019 for which the eligibility requirements are waived.

For 2019 and 2020 the COVID-19 crisis is considered an adverse condition that precluded the normal conduct of business:

The period covered by this Revenue Procedure ends on July 15, 2020, unless an extension is announced by the IRS. Thus, someone who left China on or after December 1, 2019, or another foreign country on or after February 1, 2020 — but on or before July 15, 2020 — will be treated as a qualified individual with respect to the period during which he or she was present in, or was a bona fide resident of, that foreign country. This applies if the person establishes a reasonable expectation that he or she would have met the requirements but for the COVID-19 crisis.

To qualify for relief, an individual must have established residency, or have been physically present, in the foreign country on or before the applicable date specified above. Therefore, someone who was first physically present or established residency in China after December 1, 2019, or another foreign country after February 1, 2020, would be ineligible.

Anyone seeking to qualify for the foreign earned income exclusion because he or she could reasonably have been expected to have been present in a foreign country for 330 days but for the COVID-19 pandemic, and who has met the other requirements for qualification, may use any 12-month period to meet the qualified individual requirement.

Say an individual arrived in China on September 1, 2019 and established that he or she reasonably expected to work in China until September 1, 2020, but this person departed China on January 10, 2020, because of the COVID-19 crisis.

He or she would be a qualified individual for 2020 with respect to the period between January 1, 2020 through March 1, 2020, and August 25, 2020 through December 31, 2020, because he or she met the reasonable expectation rule (assuming the individual also met the other qualification requirements).

The IRS notes that previously issued Revenue Procedures remain in full force and effect. Moore Doeren Mayhew has clients that are addressing these issues and would be pleased to work with you in analyzing their impact on your expatriates.