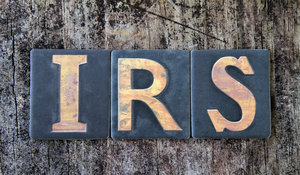 The IRS has had a long-standing concern about taxpayers who try to use debt rather than stock (especially for foreign-parent companies of US corporations) to gain a tax advantage: a deductible interest expense versus a non-deductible dividend distribution. This has resulted in various attempts (some abandoned after a period of time) to write regulations governing the rules for debt versus equity.

In this continuing saga, the IRS has now issued final regulations under Code Sec. 385 dealing with distributions that address the classification of certain related-party debt as indebtedness or stock (or as in part stock or in part indebtedness). The final regulation,

“… addresses the issuance of a covered debt instrument to a related person as part of a transaction or series of transactions that does not result in new investment in the operations of the issuer.”

The final regulations do not change much from the proposed regulations.

Distributions Without Investment - Intercompany debt that is issued to a related party without an investment (e.g., a dividend distribution of a Note) will result in the reclassification of the debt as stock. This will result in the disallowance of an interest expense deduction, and possible different withholding tax requirements.

Per Se Rule - The rule that automatically results in a reclassification based upon distributions during a 36-month period prior to and after the distribution in question was retained in the final regulations. The IRS announced that it will propose regulations to make the Distribution Regulations more streamlined and targeted with the per se rule being withdrawn. This was not done as part of these final regulations.

$50 Million Exception - Covered debt that does not exceed $50 million is exempted from this rule. Earlier final regulations had removed the “cliff effect” of the proposed threshold so that all taxpayers can exclude the first $50 million of indebtedness that otherwise might be recharacterized. Previously, the rule required the recharacterization to impact the indebtedness from dollar one once it exceeded $50 million.

Documentation - The documentation regulations (Reg. Sec. 1.385-2) were officially dropped as of November 2019. These were harsh regulations that could have resulted in debt being reclassified as stock solely because the proper documentation (including forecasts and studies)  was not in place. This was to apply for any taxpayer who exceeded the $50 million threshold on covered debt instruments. Even though this documentation regulation has been withdrawn, a taxpayer should consider adopting better documentation that meets the four requirements of the regulations. This is because the IRS is obviously focused on this issue and still can review this issue under the common law provisions of the past and the general regulation rule in Reg. Sec. 1.385-1. This regulation also allows the IRS to make a partial adjustment without overturning the entire amount.

Click here to see the four requirements of the prior regulations

Moore Doeren Mayhew has been addressing this issue with its clients for many years and has advised them on the proper documentation to prepare and retain to avoid challenges from the IRS on the debt/equity issue. We are prepared to review your situation and discuss ways to strengthen your defenses in this growing area of review by the IRS.