FINAL DOWNWARD ATTRIBUTION OWNERSHIP REGULATIONS DID NOT ELIMINATE “THE MISTAKE” 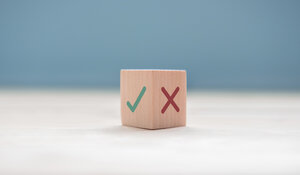 Most international tax professionals and the IRS believe Congress made a mistake (“The Mistake”) when they repealed Sec. 954(b)(4) in the 2017 TCJA Act, thinking they were punishing certain expatriated US companies when in fact they brought into US taxation a number of foreign corporations that are clearly not controlled by US Shareholders.

Even if it did not create additional US taxation (which it did in many cases) the rule created massive compliance burdens that result in penalties of $10,000 for each “new” foreign corporation that is now a controlled foreign corporation (CFC) and a US Shareholder fails to file a Form 5471 with its tax return. This impacts both US individuals and corporate taxpayers.

The Mistake has resulted in a number of additional CFCs because of downward attribution of ownership. Certain US corporations that are owned and controlled by a foreign parent company can now be US Shareholders of the parent company’s other foreign subsidiaries and must report on these subsidiaries as CFCs (Form 5471). Any other US Shareholder that might be minority owners in the structure and were not previously required to report or have any deemed taxable income from these new CFCs must now also report.

However, depending upon the provision, the regulations actually turn off the downward attribution rule and treat the CFC as not being one (pre-TCJA rule). This can result in the following situations:

The proposed regulation under these provisions also moved a PFIC provision to those July 2019 proposed regulations. They proposed to preclude a foreign corporation that became a CFC solely under the downward attribution rules from using adjusted basis to measure assets under the PFIC asset test (Sec. 1297(e)). This is apparently to force the use of the FMV test (unless elected out) and mainly appears to be of little consequence since CFC are no longer PFIC by definition.

These two provisions may have the most impact for many US taxpayers. The first of these two items is under the final regulations while the second has an FTC impact (final regulations) and a Subpart F impact (proposed regulations).

With respect to payments to CFC, a deduction is allowed to the payor for any tax year before the year in which the payment is made only to the extent that an amount attributable to the item is includable during the prior tax year in the gross income of a US person who owns stock in the CFC, directly or indirectly through foreign entities.

If you need assistance navigating these complex rules, contact us.